It has been incredible to see the response to the campaign film we made recently with director Michael Sherrington for Police Scotland with Stand Agency. The aim of the film was to promote introspection in men and instigate a much-needed conversation about male attitudes and behaviours towards women.

The response to the film has been amazing, provoking debate in several news channels and getting a re-tweet from the First Minister!

Thank you to everyone involved in this campaign especially Stand and Police Scotland for creating such a strong concept and for trusting us to deliver it.

Script by: Stand and Alan Bissett 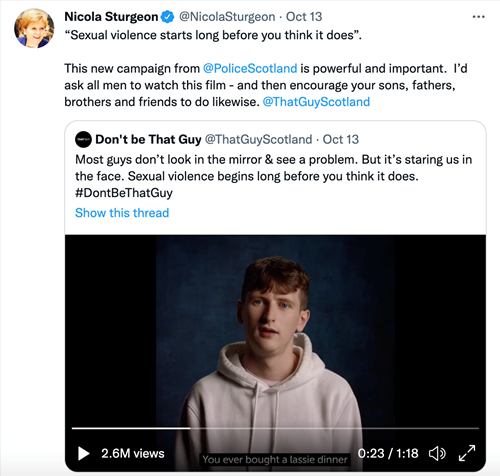